The Power of Intentional Inclusion

A workplace that is intentionally inclusive of neurodiversity is a psychologically safe environment for all employees to bring their authentic selves into and apply their behavioral and cognitive strengths to contribute to team performance, creativity, and innovation

Empowered Employees
Most organizations have neurodivergent employees already who may not feel understood or supported and hence may be stressed due to masking
Enhanced Creativity and Innovation
Diversity in thinking is essential for creativity and innovation
Reduced Organizational Barriers
Current hiring and management processes in most organizations are not designed for intentional neurodiversity inclusion
Pursuit of Management Excellence
Learning to include, integrate, and empower neurodiverse employees improves management practice for ALL employees
Increased Psychological Safety
A workplace that is intentionally inclusive of neurodiversity is a psychologically safe environment for all employees to bring their authentic selves into
Reduced Employee Attrition
Employees that feel cared for and supported by their managers and the organizational culture tend to stay longer with the organizations
Improved Team Performance
Psychological safety is a critical determinant of team performance
Greater Employee Morale
Organizations that embrace neurodiversity intentionally have experienced increased employee morale overall

Neurodiversity in the Workplace

Neurodiversity is the range of common differences in thinking and behavior which we now understand to be normal variations in humans. This includes conditions such as autism, dyslexia, ADHD, and others. Neurodiverse variations have played a central role in the development of human society, yet neurodiverse people have been historically misunderstood and marginalized as individuals. In our Neurodiversity in the Workplace Awareness Sessions, we use autism as a primary example to introduce a basic understanding of neurodiversity and of its role in society and within the workplace.

The majority of autistic people (now understood to be 1 in 54 individuals) are employable, yet only 29% have any sort of paid work. This is despite the fact that common autistic traits – such as intense attention to detail, self-taught expertise, high integrity, and ease in sustaining deep focus and ‘flow’ – are traits needed in an effective 21st Century workforce. In our Neurodiversity in the Workplace Awareness Sessions, we discuss how leading companies foster neurodiversity to their advantage, how increasing understanding and acceptance of neuro differences is allowing more people to enter the workplace, and what concrete steps each of us can take to better understand and support neurodiverse colleagues.

"A journey of a thousand miles begins with a single step"

The first step in the journey of intentional inclusion of neurodiversity is to gain a basic awareness and understanding of what neurodiversity is. Most people and organizations may have heard the term but often don’t know what it means or why it is important in their workplace. We can help you get started on this meaningful and impactful journey as an individual, as a workgroup, or as an organization.

The starting point is our Neurodiversity in the Workplace Session described above.

Register and attend one of our future sessions on Neurodiversity in the Workplace open to anyone.

Are you a manager or a team leader who wants to improve your team performance by fostering psychological safety in your team? Do you want to support and empower a colleague that seems to be different and struggling to fit in and contribute? Do you want to drive greater levels of innovation and creativity in your workplace?

Contact us to organize a dedicated session of our Neurodiversity in the Workplace Awareness Session for your team.

Are you a HR or a Diversity Equity and Inclusion (DEI) professional or leader who wants to foster a culture of inclusion for abilities and acceptance for differences? Have you wondered if there is a better frame of reference from which to approach DEI initiatives than the current frame of identity?

Get in touch with us to discuss how a large scale education of your employee population in neurodiversity awareness through a series of our Neurodiversity in the Workplace Awareness Sessions can help. 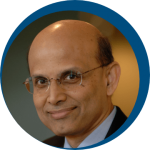 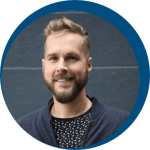 Working in warehouses to inside the White House, John is someone who constantly questions and explores how we can improve systems in order to create better products, policy, and outcomes. John is  passionate about solving for the end-user and communicating complex ideas in a way that is easily understood. 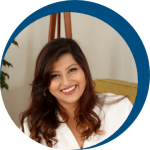 Deeply passionate about diversity and inclusion, Khushboo is a Neurodiversity Specialist and a Transformational Leader, on a mission to advocate for and help provide access to high quality services for children and adults affected by intellectual and developmental disabilities. Khushboo aims to make a meaningful impact in the world through education, empowerment, authentic engagement and unbridled compassion.

Register for one and get started on your journey!

Interested in one or more dedicated Awareness Sessions for your group or organization?